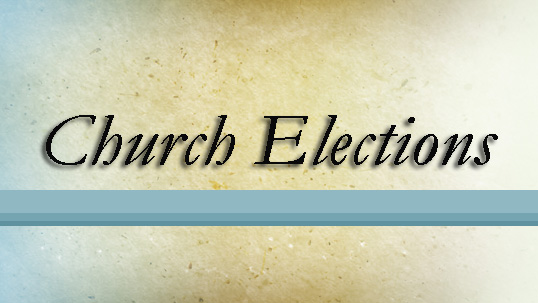 After a thorough nominating and election process, we are pleased to announce your 2017 Officer Nominees:

For the Position of Deacon:

For the Position of Clerk:

For the Position of Financial Secretary:

For the Position of Treasurer:

For the Position of Sunday School Superintendent:

*Please Note: You will be voting on only two men for the position of deacon.

The Annual Election of Officers will be held on Sunday, December 4th, immediately following the Morning Worship Service. The vote will be held by secret ballot. All elected officers will then take office on January 1, 2017. Please be in prayer concerning the vote and for God’s will to prevail! 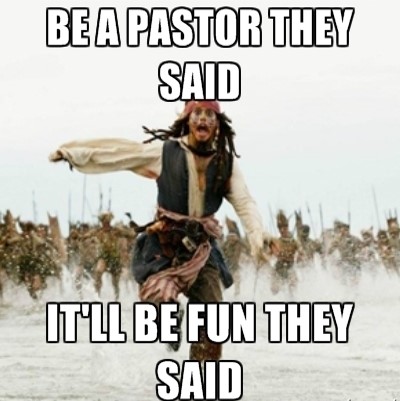 Today marks my third year as Lead Pastor of Prairie Flower Baptist Church. It continues to be an immense privilege to pray for, preach to, and serve alongside of such a caring and generous group of Jesus followers located right in the middle of a cornfield. Prairie Flower, I love being your pastor! Yes, even with all the ups and downs and crazy turns, I still love being your pastor. Indeed, I love you, and I hope you sense that with every sermon I preach and with every personal interaction that we share together. If you don’t sense that, let’s meet up and have a cup of coffee together…because I love coffee…and I love you as well!

Well, as is my custom, let me with writer’s passion and much enthusiasm relay to you the lessons learned and nuggets gathered in my third year as Lead Pastor of Prairie Flower Baptist Church:

Well, as one of J.R.R. Tolkien’s characters would phrase it in his classic work, The Hobbit: “The world is not in your books and maps [or blogs], it’s out there.”  Indeed, it is. And let me just say…pastoring is quite the adventure! So, let me get back to my adventure and I’ll see you when I see you.

At the time of this writing, we are t-minus three days before Election Day 2016 (AKA. Implosion of America Day). I am so conflicted. I am part excited, part nervous, hugely entertained, and hugely disappointed. Is this really the America we’ve become? What would George Washington or Abraham Lincoln say if they were alive today? I’m just still blown away by our two options for President of the United States: Donald John Trump VS Hillary Rodham Clinton. I’m unbelievably disturbed.

But at this point, most of our minds are made up in regards to the actions we’ll take in the voting booth. Like an adrenaline-filled game of Russian Roulette, we will spin the cylinder and pull the trigger, hoping the revolver simply clicks with no bang. Suspense. Risk-Taking. Danger. Some of us, however, have completely opted out of this crazy game, and will vote third party. Either way, on November 8th, we are all in for a wild, crazy ride. Pop the popcorn and get ready for a long night.

And in an attempt to educate myself in the godly, biblical response to this election season, I, like many of you, have read a ton of blog posts and listened to a dozen talking heads. For the most part, all that I’ve read and listened to has offered well-reasoned, well-researched, impassioned defenses of voting for either Donald Trump or a third party candidate. And though I feel like I’m extremely educated on the pros and cons of our voting options, I’m no less conflicted and slightly confused. Can I get a witness?

But here’s what seems to be missing from all of our discussions in relation to this election season…it’s not an in-depth discussion of Old and New Testament ethics…it’s not the sovereignty of God in world affairs…and it’s definently not a silent, but deafening, prayer for Jesus’ Second Coming before it’s the “end of the world as we know it”. It’s this..but God is good. That’s right. Our sovereign God, in complete control of every aspect of human affairs (to include this crazy election season) is good. Like morally good, not just aesthetically good. Yes, God, in giving to us Donald Trump and Hillary Clinton as our two main options this election, has been morally good to us. Let that sink in for a moment…

And the same is true with our two main choices for Election Day 2016. Our God has been so good to us. Yes, hard to understand, but all together true. If Clinton wins the election and becomes our 45th President, God is good. And vice versa, if Trump wins the election and becomes our new President, God is good – morally, aesthetically good to all of us. We may not know the end of the immediate story (i.e. Election Day 2016 and America), but we do know the end of the ultimate story (i.e. the end of world history). And in the end, God wins because God is ultimately good.

So, it’s three days to Election Day and the pivotal moment of us casting our ballots. What do we do? Well, many things, but in the midst of it all, hear the Word of the Lord: “Oh give thanks to the Lord, for He is good; for His steadfast love endures forever” (Ps. 118:1). Give thanks to God as you approach November 8th because God has been so good (and loving) to us. And as you cast your ballot this Tuesday, make this your parting prayer: “You [Oh, LORD God] are good and do good; teach me your statutes” (Ps. 119:68).

Yes, this is where we land the plane in this blog post, namely, on the tarmac of praise and worship of a sovereign, good God. What a good place to land! How comforting. How extremely hope-filled! So I plead with you, stop fixating and obsessing over the trash can in the middle of the room and look up! Yes, up…and feast your eyes on the chandelier of God’s goodness and grace. We’ll take the trash out later…

It’s that time of year…again. The holidays are quickly approaching; and while they are typically accompanied by joy, love, and laughter, there is also typically the added stress, anxiety, and craze of hosting our beloved friends and family. We see the date, set aside months ago for hosting that yearly gathering, pop up on our calendar, and we are initially seized with momentary panic. We think: “It can’t really be coming up that soon, can it?!”  Once we collect ourselves up off the proverbial floor, we quickly hop onto Pinterest and raid the Home & Garden magazine rack at our local Barnes and Nobel to find some new recipes, décor, and other ideas for hosting a fabulous holiday party.  Plans are formed, lists are created, and things are ordered. The next thing we know it is the day before the said event, and only about a quarter of our list is complete, six dishes have yet to be prepped, the house is not remotely clean, and half of the decorations and party favors still have not arrived! On top of it all, the kids will be out of school in two hours and will need to be shuttled around to their extra-curriculars before hustling over to the church to help out with the Kids Club Christmas Party.

We are entirely on the edge of emotional eruption and are so internally distracted, that we completely ignore Suzy’s ballet instructor as we drop her off for lessons and then later we uncontrollably lash out at the trouble kid at church for something small…simply because he is the “trouble kid” and some steam must blow off at some point, right? We then go home, snap at our kids to get to bed ASAP, and give our spouse the cold shoulder. Our reasoning: “Things need to be done, and they need to be done now!”  We proceed to stay up till 4 AM, prepping dishes and cleaning the guest suite. Three hours later, we rush the kids to school and then spend the rest of the morning in a state of utter chaos and frantic cleaning, decorating, and cooking, because, well, things need to be done! We are then so physically and mentally fatigued by the time our guests arrive that we can hardly enjoy the party we spent weeks preparing for, and instead of investing in our guests, we spend most of our time watching the clock, wondering when we can finally go to bed.

Why are we like this? Does every holiday season have to be a giant whirlwind of fancy parties and expensive gifts? Do we have to spend a month “on edge” running around like a mad squirrel trying to get all of our ducks in a row, just so we can collapse at the end of a party hoping that it at least looked good and the food was tolerable? What is the point?

While I may not yet be a mother, or even an experienced housewife, there are a few things that I have learned (and am still learning) over the course of my short adult life about hosting and loving on others. The most important thing I have learned thus far is to keep the main thing, the main thing. While that may sound cliché, it is something I need to remind myself of daily, or I begin to drown in the ocean of frivolous entertainment expectations and material consumption.

But what is the “main thing?” The main thing is simply this: We want to bless, love, and encourage our guests by sharing the many blessings God has given us.

Matthew 25:34-40 – “Then the King will say to those on his right, ‘Come, you who are blessed by my Father, inherit the kingdom prepared for you from the foundation of the world. For I was hungry and you gave me food, I was thirsty and you gave me drink, I was a stranger and you welcomed me, I was naked and you clothed me, I was sick and you visited me, I was in prison and you came to me.’ Then the righteous will answer him, saying, ‘Lord, when did we see you hungry and feed you, or thirsty and give you drink? And when did we see you a stranger and welcome you, or naked and clothe you?  And when did we see you sick or in prison and visit you?’ And the King will answer them, ‘Truly, I say to you, as you did it to one of the least of these my brothers, you did it to me.’”

My hope is that the following five tips will help you to keep your focus heavenward and outward this Holiday Season.

John 3:16 – “For God so loved the world, that he gave his only Son, that whoever believes in him should not perish but have eternal life.