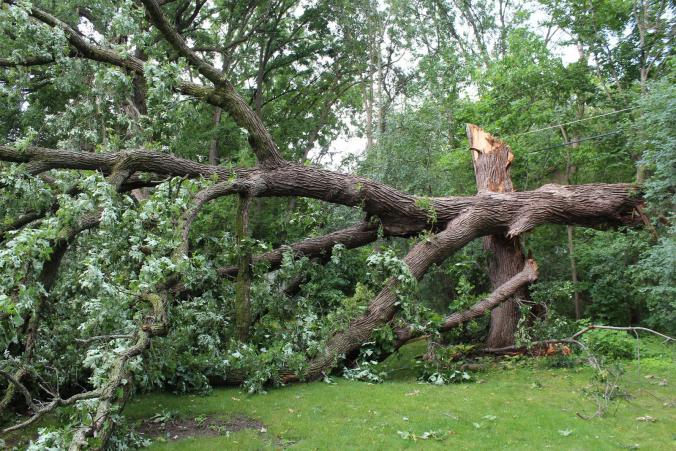 For my personal devotions, I’m currently reading through the Psalms. Yesterday morning, I found myself in Psalm 29. It’s an absolutely stunning psalm in which David praises the God of Heaven for His power and glory that is manifested, not just in natural beauty, but also in thunderstorms and other natural disasters.

After contemplating this stunning text of Scripture for a few more minutes, I bowed in prayer: “Father God,” I said, “thank you for your Word and for the truth contained in it. Please help me to understand this particular truth about your power and glory being revealed in storms…in Jesus’ name…Amen.” A traditional devotional followed by a traditional prayer…or so I thought. Little did I know that God, in response to my prayer, would help me to understand this powerful truth by means of sending to me a powerful storm.

That very evening, Washington County received two tornado warnings followed by two strong thunderstorms. During the second storm, Lance (our Summer Intern) who was traveling home from work, had his Ford F-150 pushed into a ditch (off a gravel road) by sheer force of the powerful winds that contained gusts up to 70 mph. He was stranded and needed help, so I drove out to his location.

As I drove out to pick him up, my vehicle was pelted by blinding rain and strong hail. I could see practically nothing. I had to slam on my brakes a few times because of downed trees and other debris that was on the road. The storm was extremely intense. I was extremely scared. I definitely prayed a few passionate prayers en route to pick up Lance.

Thankfully, I was able to find Lance in the storm, and though he was pretty shook up, he was unharmed in the incident and his truck sustained no damages. “What a way to begin your internship,” I said. He gave a sheepish, glad-to-be-alive grin. Undoubtedly, this was one of the scariest storms Lance or I have ever experienced…

But do you know what came out after this storm? The sun! A beautiful, gorgeous sunset. It was just so incredible that something so beautiful could be preceded by something so scary. You know what else came out after this storm? Biblical Community. That’s right…Klint and Dillon Gingerich came out with their powerful truck to get Lance’s truck out of the ditch. In fact, as Dillon was getting back into his truck, Lance thanked Dillon and said, “Biblical Community, eh?” Dillon smiled. But do you know the greatest thing that emerged from this storm? Glory! God’s great glory in Him showing us His strength (Psalm 29:1) and God’s great glory in Him giving to us strength to get through a demonstration of His own strength (Psalm 29:11). What an incredibly enlightening lesson on the power and glory of our great God! 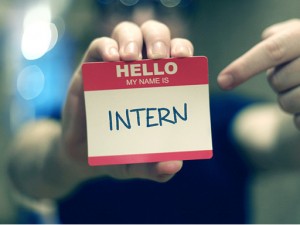 This Sunday, May 14th, begins our Summer Intern’s 12-week internship at Prairie Flower Baptist Church! Our Intern this year is Lance Lewis and he has just completed his sophomore year at Faith Baptist Bible College (FBBC). This internship is a part of his pastoral training requirements at FBBC and we are most privileged to have him on the Prairie Flower Team this summer. In fact, Pastor Jon and I are very excited at the opportunity to mentor, coach, and train a future fellow pastor. As our Summer Intern arrives (and even as his internship plays out over the summer), please consider doing the following to help him in his endeavors to be a future pastor:

Prairie Flower, it’s a privilege to have a Summer Intern. Let’s be sure to treat him right and welcome him warmly. As he ministers among us, be sure to pray for him, encourage him, lovingly critique him, and invite him to your home. All of this (by God’s grace) will play out for Lance’s good, our good, and God’s great glory.

Last Sunday, we discussed the authority, power, and beauty of our verbally inspired Bible. It was my hope and prayer that God would begin to stir (or stir once again) within your heart and mind a great love and admiration for the Sacred Text. This continues to be my hope and prayer. May we all be able to say, as the psalmist once said, “Oh, how I love your law! It is my meditation all the day” (Psalm 119:97).

Below is an excellent video that answers a very general, but important question: What is the Bible? I would encourage you to watch this with your kids (or grandkids) during your own Family Worship Time. Enjoy!