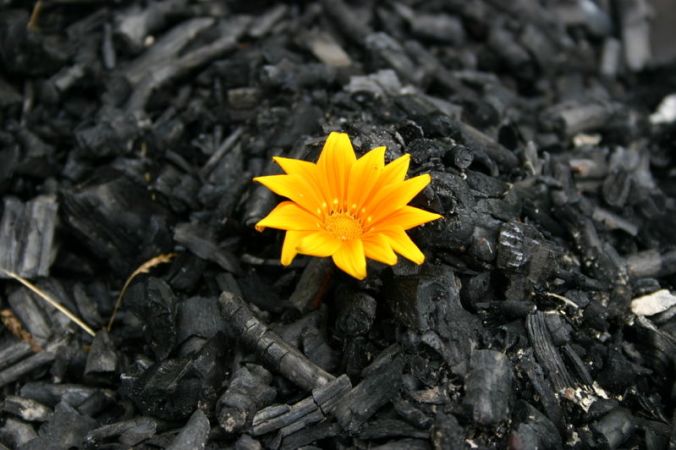 Explosion. With one sentence, time stood still. For the past 2 ½ years I had spent taping together a broken life, frantically grasping for the pieces of a wounded family; desperately hoping to save them before they were too far-gone. But like a delicately mended porcelain doll, guarded from human hands, my perceived reality was crushed under the immense weight of the truth.

On July 6, 2014 (3 years ago today) my husband spoke words to me that freed his soul and simultaneously crushed mine. “I had an affair,” he said. Every fragment of air was sucked from that room. In my numbness, I whispered, “God can be glorified.” I stood. I paced. I tried to breathe. My whisper became a chant…“God can be glorified. God can be glorified.” It was all I could say. I knew it was true. All of my life: my reality, my perceived worth, the truth of our past, the truth of our marriage, the certainty of our future…all of that was destroyed in one sentence. But…God could be glorified. Even in the moment of impact between my life and that charging freight train, my Father’s voice spoke to me.

Infidelity alone severs the human soul, but this situation had a twist. Shortly after my husband’s affair with his coworker (Lisa) ended in 2012, she and her unborn child were gruesomely murdered. I knew this… I knew her… I went to the visitation and her funeral. I grieved the senseless loss of life and I watched my husband shed tears for his co-worker and friend. What I didn’t know at the time was that one little sentence. The four words that changed everything I thought I knew about our past.

What followed in 2014 were events great authors conjure up for highly desired novels.  Before I could catch my breath, we were tossed into the 3rd murder trial of this woman. The first two trials ended in hung juries in 2012 and 2013. My husband was now a suspect and I was asked to testify as his alibi. So, with nine days of “the truth” under my belt, Jason and I made the 80-minute drive to Davenport, Iowa and we each took the stand to testify in the murder trial of someone who had been dead for more than 2 years…someone who died with a secret weighty enough to destroy our family.

I think the English language falls short when it comes to pain. The war that waged in my heart was complicated, powerful and real. Anger wrestled with peace, love fought with hate, disgust battled with loyalty…my mind was an ever-fighting battleground. There was no relief in sleep. It was intense, unpredictable, and exhausting. As the trial progressed, reporters were writing and newspapers were printing. Local, statewide, and even across the nation, our story – MY LIFE – was being printed for millions of people to read, dissect and judge. The result of that 3rd trial was the conviction of Lisa’s husband (Seth) for first-degree murder and non-consensual termination of a human pregnancy. He was sentenced to life in prison.

The final blow of 2014 came in September when Dateline NBC broadcasted a 2-hour season premiere of this small-town Iowa story. The murder, the suspects, the two hung juries, and the greatest twist of all: the secret affair. No one asked to use my name or my picture. No one contacted us from Dateline to inquire of our side of the story. But there we were, September 26, 2014, watching our personal hurt being broadcast on national television. There’s no preparation for that.

They say time heals all wounds, but I disagree. The power is not in the time; the power is in the Gospel. What time does provide is…

As the Lord has graciously allowed more perspective in my life, I’ve seen non-believers tilt their heads as if to ask, “What is it that they have that makes them handle this so differently?” I’ve heard complete strangers say years later, “You brought peace into that courtroom. I don’t know what it was, but you were different.”  We’ve seen, as a couple, others trust us with their hurting hearts. Strangers have become friends as God continues to use our story for His glory and, ultimately, our good (which is to be more like Christ).

It’s been three years today that I’ve known the real events of 2011 and 2012, and while I wouldn’t wish it on anyone, I can honestly say I am thankful. And while the list is long, I’ve selected three things I am most thankful for that I want to share with you…

Are you currently suffering? Is your pain so great you are blinded from perspective? Are you in a place where you are being asked to choose forgiveness or love even without knowing the outcome? I don’t have the answers, but I know the One who does, so in closing, I will leave you with this passage from 2 Corinthians… “To keep me from becoming conceited because of these surpassingly great revelations, there was given me a thorn in my flesh, a messenger of Satan, to torment me. Three times I pleaded with the Lord to take it away from me. But He said to me, ‘My grace is sufficient for you, for my power is made perfect in weakness.’ Therefore I will boast all the more gladly about my weaknesses, so that Christ’s power may rest on me. That is why, for Christ’s sake, I delight in weaknesses, in insults, in hardships, in persecutions, in difficulties. For when I am weak, then I am strong.” 2 Corinthians 12: 7-10