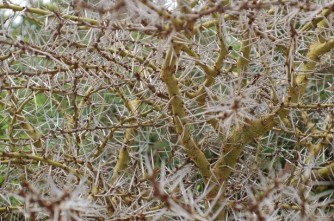 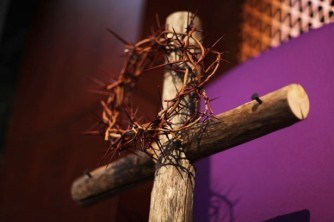 What Am I Here For?

This is a question I’m sure we have all asked ourselves. What is my purpose? Why do I exist? This question can come in many forms and if you polled a hundred people you would probably get that many different answers. While its in our nature to seek purpose in this life I believe that most everybody comes to the wrong conclusion because they start from the wrong starting point.

For Christians this should not be the case. We have a direct message from our Creator with the answer to the question “what was I made for?” The answer comes in the very first chapter of the very first book of the Bible. Genesis 1:26-27 Then God said, “Let us make man in our image, after our likeness…So God created man in His own image, in the image of God He created him; male and female He created them.” Now most of you have probably been taught that being made in the image of God means that we bear some likeness to Him in emotion, will, and intellect. While the image of God certainly includes these attributes, I believe we miss some of the most important aspects God is communicating to us when He says we are “made in His image.”

To be made in the image of God means that we are to spread His image throughout the whole earth. To put it another way we are imagers. God’s original intent for mankind was that we would improve His creation. Now you might be saying “God said His creation was very good!” That is just it. He said “Very Good,” not complete. We know this because just one verse later in Genesis 1:28-30 God says that man should subdue the earth and have dominion over it. He also said He gave them every plant with it’s seed to aid in this work. In short mankind was to spread Eden over the whole world. We were to spread God’s image by multiplying ourselves and using our creative abilities that God equipped us with to improve  and subdue the earth.

Now when Adam and Eve sinned in the garden that did not nullify our mandate to fill the whole earth with God’s image. It would however become much more difficult and indeed impossible to accomplish this task. We observe that in the pronouncement of the curse on mankind. This curse included thorns and thistles as well as pain in childbirth. Where as before creation cooperated with the mandate for man to subdue and have dominion over the earth, now creation would oppose us. We see that we have been successful in many ways in that mandate as mankind has achieved amazing things in construction, technology, and farming. With all our successes though we see much more evil that has been done by us to one another and to the earth. The marring of God’s image in us makes everything we do tainted by evil.

This is why we need a Savior. All the greatest achievements by man will always be tainted by our sin. That is why God knew He would need to come and achieve this mandate. To do so He became a man in the person of Jesus of Nazareth. He came and fulfilled the law completely, had full dominion over nature but died in our place. He did not stay dead as He also has dominion over death itself. He rose from the dead and defeated the curse that mankind had brought on this world.

Now we too can have that curse defeated if we are in Christ. That is if we confess our sins and believe in Him as the only Son of God who was crucified for our sins and raised to life. Jesus has given His followers a renewed mandate. We are to fill the whole earth with His image, or put another way, “Go therefore and make disciples of all nations…” Christians get to be a part of fulfilling the original creation mandate and the reversal of the curse that we brought to this planet. The only way to fully restore God’s image is to make disciples who are being conformed to the image of Christ.